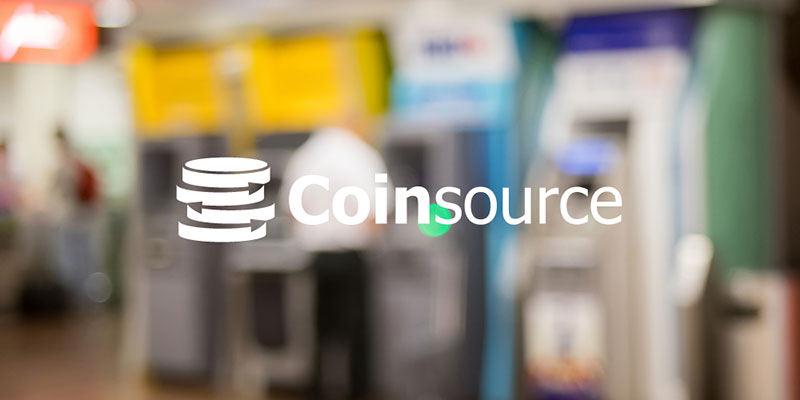 Bitcoin ATMs have grown in popularity over recent years with a number of these digital currency outlets being deployed in various locations all around the world. This has spawned a bit of competition among cryptocurrency operators, especially in the United States. However, Coinsource, which happens to be the largest bitcoin ATM network in the world still remains a dominant player in the US. Things are about to get even better for the company with its planned expansion to US capital which will involve the deployment of 20 ATM machines across the District of Columbia and Maryland.

“We are meeting Washington D.C. at an inflection point, where regulators are looking at the value and potential of decentralized currencies and blockchain technology,” said Coinsource CEO Sheffield Clark. “All innovation over time has passed through our Nation’s Capital in one way or another, and we are happy to be now servicing Washington D.C. and the surrounding communities so that they can have easy access to buying and selling Bitcoin.”

The expansion is also a response to the huge demand by users and merchants in the Washington DC metropolitan area. Before Coinsource decided to Venture into Washington, the city already had five bitcoin ATM machines with each being serviced by a different operator. Furthermore, a number of the state’s restaurants, record shops and bookshops among many other businesses have been allowing the use of bitcoin as a mode of payment since last year.

Coin ATM Radar reports that there are currently about 2,753 bitcoin ATMs in the United States – this accounts for 75.75 percent of the global total. With the new development, Coinsource’s bitcoin ATMs will now be servicing 164 million residents in 19 states. The residents in these 19 states will also have the benefits of the lowest rates, account registration from the comfort of their homes as well as exclusive remote enrollment. This is one of the company’s ways of providing financial freedom to the unbanked and the underbanked.

“Our goal is to give everyone the equal ability to access bitcoin, particularly in times of record demand, and participate in this soaring new economy. Part of making this marketplace accessible is making sure our fees are less than half that of any other operator, and customers will be given fee-free transactions for first-time use of any new machine,” the CEO added.